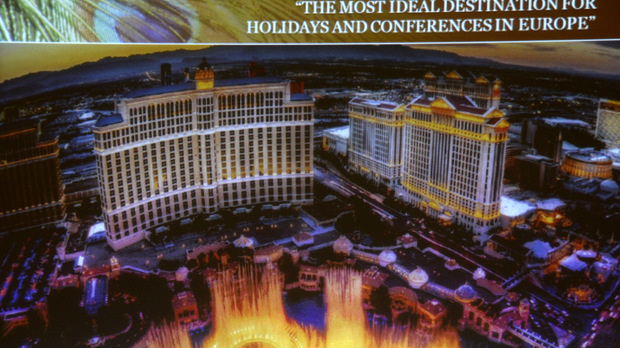 Over EUR 1.5bn for a grand project for city tourism in Bulgaria under the name St. Sofia are going to be invested by a group of businessmen from China, Malaysia, Hong Kong and Singapore.

Initially, the main investor was the multibillion dollar businessman Steven Lo. Up until now, he is the sole owner of Bulgaria Development Holdings Ltd. but it is becoming clear there will be others. Their names would be officially disclosed next month.

Their plans were presented by the executive director of Bulgaria Development Holdings Ltd., Josie Lock. They are planning to invest in a total area of 1500 to 2000 decares of land. The construction should commence in June and is expected to carry on for 3 years.

It became clear that the investors were invited by Alexander Tomov. The current owner of CSKA football club, who obviously has an affinity towards Eastern investors. He previously brought the Indian Pramod Mittal who became the sole owner of Kremikovtsi, before it bankrupted. Now Tomov claims he is a minority shareholder in the St. Sofia project.

A lot of everything

The main idea behind the project is the development of the city tourism in the area of Elin Pelin, however, the presented by Josie Lock project is far from the ordinary investments with such plans. Two hotels with 5 and 4 stars with a total of 4,000 rooms, conference and exhibition centers, the largest indoor aqua park in Europe, malls with a focus on traditional Bulgarian products, world and Asian brands, children’s center, theatre, concert room in which world famous stars can perform and sports events can be hosted. There would also be a fake lake similar to an actual Macao project and a botanical garden with Bulgarian roses, since the investors were amazed by the flower. It would be completed with a chapel and the idea is that it would be used mainly for weddings. The focus is on culture and entertainment, said Josie Lock, who several times compared the project to Las Vegas, but did not focus too much on the development of a casino as a part of the project near Elin Pelin. According to our sources, one of the main ideas behind the project is in fact similar to Macao and Las Vegas – focused on gambling. Lock pointed out that the location of the project was chosen due to its proximity to the Sofia Airport.

According to Lock, the reason for making the project in Bulgaria, is that the country has 280 sunny days and a rich culture. The low price of investments, the financial stability, government support and the welcoming local people also played a major role in attracting the investors. In the incoming month, a representative of the investors is expected to visit Bulgaria. So far, their names are being kept a secret. By then, the deal for acquiring the golf course is expected to be completed. During the construction of the project, more than 10,000 jobs would be created. “We would try to attract investors who would develop other segments of their businesses in Bulgaria”, said Lock.

She mentioned that government support is expected for the realization of the project St. Sofia but did not specify what help exactly. “At the moment, we are preparing the documents for First Class Investor and they would be submitted to the Bulgarian Agency for Investments” said Lock.
Up until now, Steven Lo has already submitted documents to the agency, as he initially intended to acquire the priority investor status himself. Unfortunately, his application was declined because the he received a corruption sentence in Macao. Under Bulgarian law, convicted people cannot receive investment privileges. The next step is for Bulgarian Development Holdings Ltd. to become a public company traded on the BSE. The businessmen are expecting a return on investment in a period of 6-8 years and they assume they would attract tourists from all European countries. It is projected that 60% of the 4,000 hotel rooms would be occupied on average during the first year. “It is also anticipated that tourists are going to spend an average of 2.1 days at the resort. After that, we believe we could double to tourist flow in Bulgaria”, said Lock.