The consumer Credit Company "Credissimo" is preparing for its debut on the Bulgarian Stock Exchange (15.04.2014) 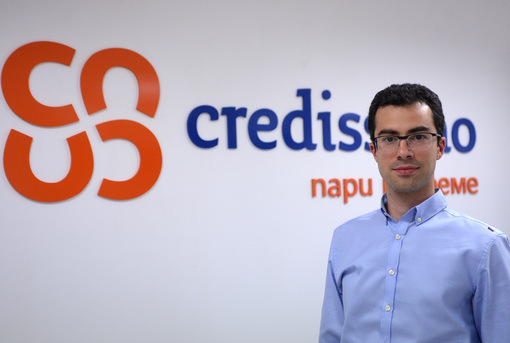 The consumer Credit Company "Credissimo" is preparing for its debut on the Bulgarian Stock Exchange. The prospectus for the listing has been approved by the Financial Supervision Commission and the owners' intention is for the shares to begin trading by the end of April. The purpose of the IPO is not solely to raise funds from investors, but rather a step towards attracting a strategic partner. Initially investors will be offered a very small number of securities, but so far this number has not yet been revealed.

The debut of the company’s public shares comes during critical times, where there have been only a few IPOs in recent years and can be read as a sign of the possible return of interest in the capital market. Moreover, it is one of relatively large companies in its sector. According to their own ranking, Credissimo (as is the trade name of the company) comes in at 5th place in the top 10 companies for fast consumer loans, among a total of 51 companies on the market. According to the latest financial data for the first nine months of last year, "Credissimo" has granted quick consumer loans for nearly BGN 9m, while its net profit exceeded BGN 1.9m.

"Credissimo" will offer shares for the full value of the company’s capital, which is BGN 2.5m. Each share will have a nominal value of BGN 1.00.

The manager of the share issue – investment bank Mane Capital, has not revealed its forecasted price for the shares when they start trading. Nonetheless, according to the managing partner Ilian Scarlatov it is expected that the shares will be priced to awaken interest in the market. "Credissimo has an incredible profit growth over the past three years and their bad loans are a small percentage, so it can be expected that the IPO will appeal to investors," said Scarlatov. He also pointed out that this will be the first company in the quick consumer credits sector, which will appear on the exchange, and dismissed the suggestion that investors may compare it with "Sofia Commerce Pawnshops" which also provides loans but against collateral, hence a completely different model of financing.

Credissimo started operating 7 years ago under the name "Globex Finance" as a joint business venture between Sokol Yankov, who holds 30.83% of the capital, Kosta Kunchev with 30.83% of the shares, Asen Benev with a share of 21.67% and the company "Advenkos EOOD", which owns the remaining 16.67% of the company. The company Advenkos EOOD is controlled by Konstantin Krustev - CEO (who holds a Master in Economics), and together with his cousin Kosta Kunchev control a total of 47.5% of the company for quick consumer loans.

Credissimo managed to establish itself in the market with different products, such as credit extended in 20 minutes, for which you simply apply online. Currently Credissimo ranks 5th among the leading companies in its sector after "BNP Paribas Personal Finance", "UniCredit Consumer Financing", "Easy Credit" and "Profi Credit". According to data at the end of September last year, the loan portfolio of the company was nearly BGN 9m, with average annual growth of loans around 189%. The share of non-performing loans is around 20%, and in charge of the collection is the related company "Globex Collect". In 2012, the interest margin, which the company worked with is 109%, revealed in their prospectus. For comparison, the amount of receivables on quick consumer loans granted by non-banking financial companies on the Bulgarian market by the end of September 2013 amounted to EUR 1.9b. Problem loans on average were 42.4% of total receivables.

The quick loans Credissimo offers to its customer, are funds that are also borrowed. One of the lenders is an unnamed foreign creditor that provides up to EUR 1m with fixed interest rate of 16.82%. Up to date the amount utilized from this line of credit is EUR 879k according to the prospectus. Credissimo has another source of funds, which provides up to BGN 700k against collateral. Like most companies in the financial sector, it has no significant assets except a few cars, licenses and software. At the end of last year Credissimo had 40 employees and its products are available nationwide.

Next: strategic investor and expansion

In an interview with "Capital Daily" the CEO Konstantin Krustev said that he and his partners are searching for a strategic partner in the business. "As an innovative company with a good performance, there has always been interest from potential investors," said Krustev. Becoming a publicly traded company and the subsequent resale would save taxes. He was asked what the dividend policy of Credissimo would be after the IPO, he stated that all the profits are to be reinvested to generate new, positive income and encourage growth.

Krustev dismissed the suggestion that the company only went public in order to more easily raise capital in the event that the regulations in the sector tightened further and the minimum required capital for this type of company becomes BGN 5m. “Our profit from 2013 has not been capitalized. If those profits are capitalized, we will pass this threshold”, explained the CEO of Credissimo, who has also made it clear that he welcomes more stringent regulations for this sector. "There should be more rigorous supervision to prevent anyone from tarnishing the image of legally working companies in the sector," said Krustev, adding that determining the threshold of the annual percentage rate for quick consumer loans is a non-market measure, whose consequences will be negative.

When asked what the forecasts for the company’s development are, he said: "Our business is going into new markets. Our business model is extremely competitive. We have built a company that can also be competitive in more mature markets than Bulgaria. What I can say is that 2014 will be better than 2013 and 2015 will be better than the previous year. We know our business well and everything is planned adequately ahead in time".